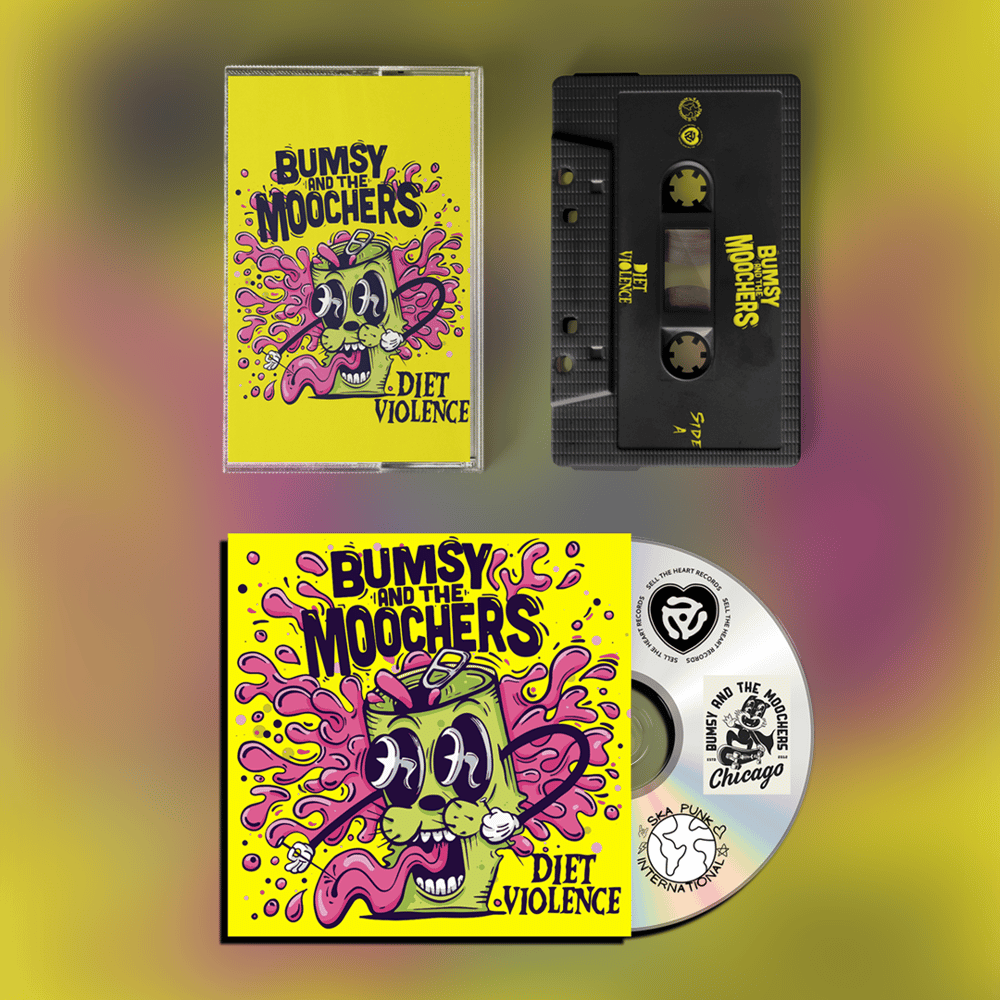 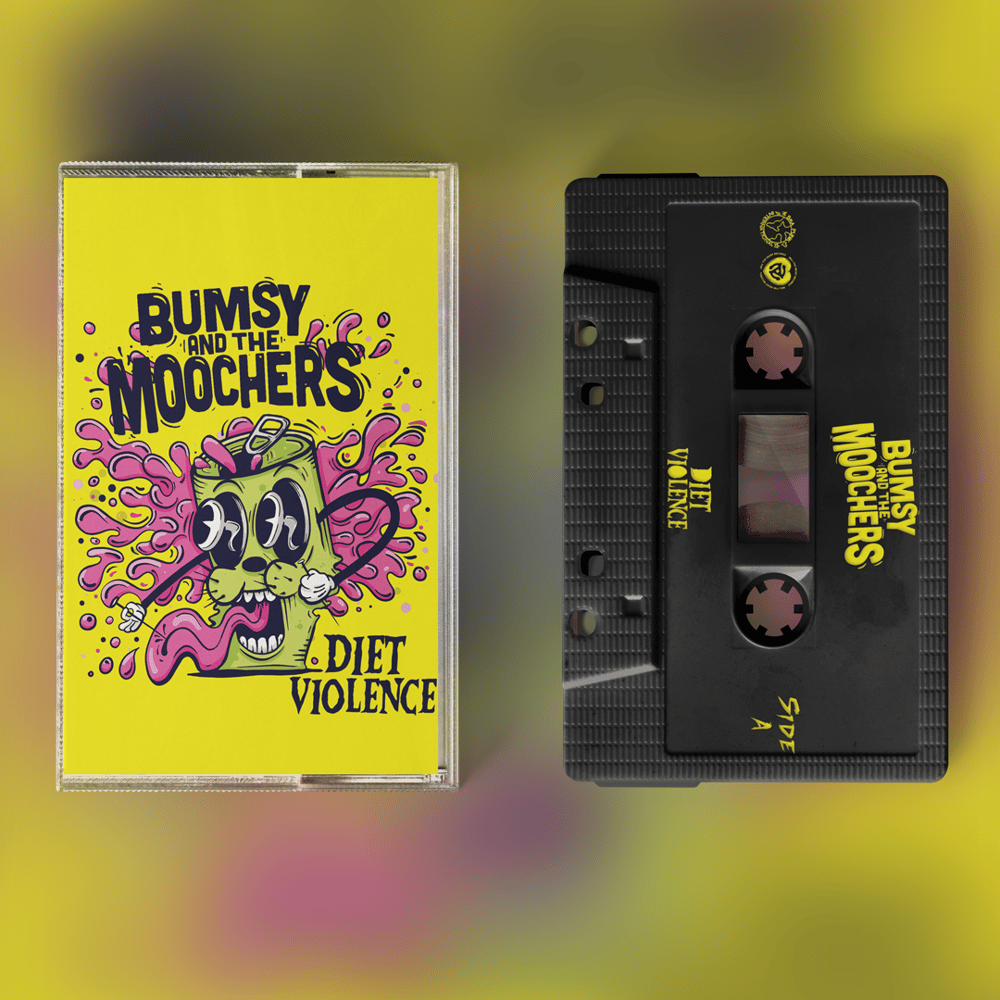 Sell The Heart Records and SPI are teaming up to bring you the second album from Chicago's Bumsy and the Moochers! The album entitled 'Diet Violence' is out now on all streaming platforms.

The rad baddies from Chicago known as Bumsy and the moochers have been bringing relentless ska punk music to the masses since 2012. Their next LP “Diet Violence” on Sell The Heart records and Ska Punk International Records promises their best release yet. For fans of Dance Hall Crashers, Flying Racoon Suit, Less than Jake, Upbeat Allstars, Mustard Plug, and The Hippos.

The band and SPI have teamed up to put together a limited release of the album on cassette. The tapes are black with special art imprinted directly on the shells in yellow ink and they also include a 3-panel double-sided j-card.

Thanks to our friends at Sell The Heart, we have put together 10 CD and tape bundles.

You can also grab the album on CD via Sell The Heart Records.