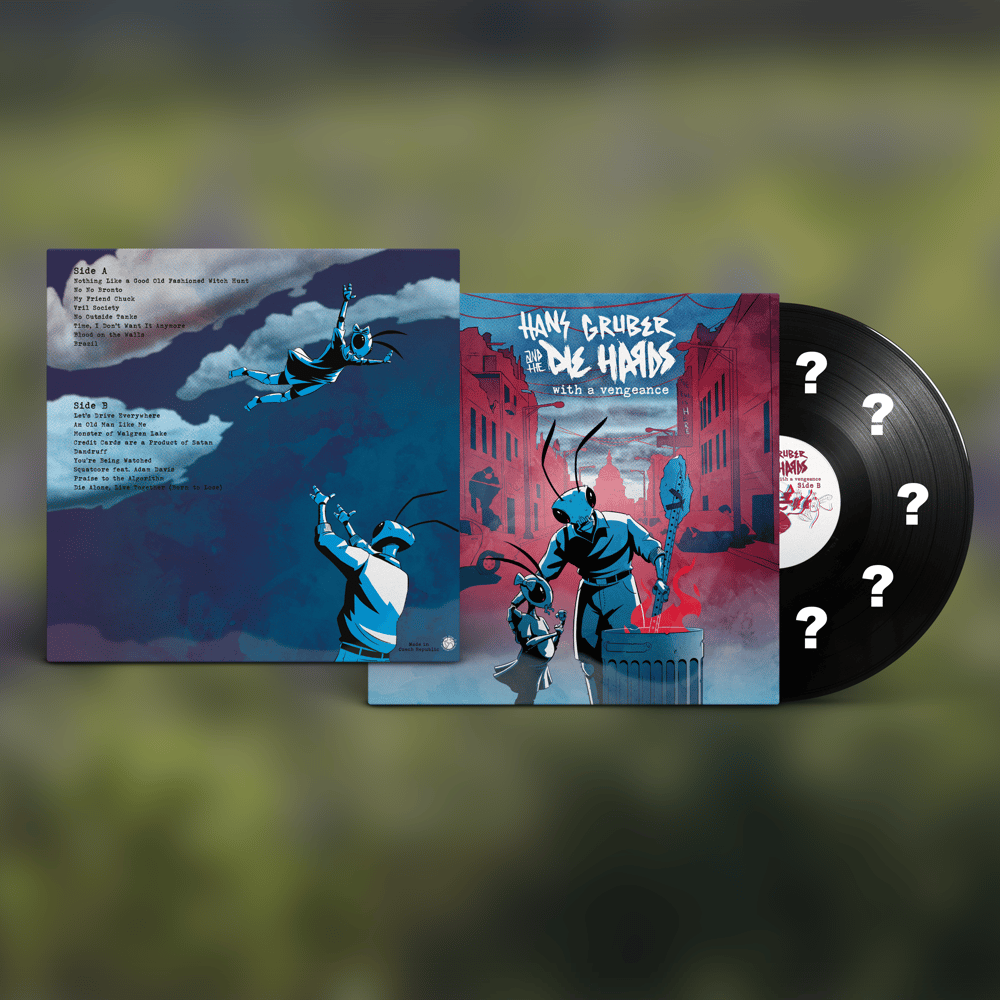 The band and SPI have teamed up to put together a second pressing limited release of the album on 12" vinyl!

These records are mystery flavor. The color of the record itself will be random so it'll be a surprise! (the black record in the graphic is only for the mockup)

1. Nothing Like a Good Old Fashioned Witch Hunt
2. No No Bronto
3. My Friend Chuck
4. Vril Society
5. No Outside Tanks
6. Time, I Don't Want It Anymore
7. Blood on the Walls
8. Brazil
9. Let's Drive Everywhere
10. An Old Man Like Me
11. Monster of Walgren Lake
12. Credit Cards are a Product of Satan
13. Dandruff
14. You’re Being Watched
15. Squatcore feat. Adam Davis
16. Praise to the Algorithm
17. Die Alone, Live Together (Born to Lose) [ONLY ON SECOND PRESSING]

More info about the album: